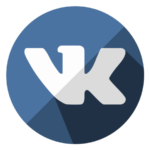 The Colour of Love — Lilia Bazel

Pavel Kovalenko: “I develop myself in a zone of discomfort!”

When you meet on the streets of Sochi family of a very-charming elegant mother, handsome and kind dad and two children glowing with happiness, you know — there is a luchfamily in front of you! That is why Pavel Kovalenko called his family when his son Luchezar was born. However, not only such an unusual name was the reason for the appearance of such a cheerful name.
The couple Kovalenko went through a difficults and very winding path until the advent of children. Maria is the creative seed of the union — a singer, blogger, poet and creative director of her husband. She experienced all the difficulties of a woman’s fate: from unsuccessful pregnancies to cesarean section. Amazing inexhaustible optimism of this seemingly fragile nymph — you simply cannot call this woman differently, she defeated all the obstacles, Marielle and then Luchezar appeared.

Of course, in their happy appearance, the head of the family is also “involved” — the charismatic, always calm, overly kind Pavel. Thanks to his support and protection, Maria was able to decide on a home birth and safely gave birth on her own at home to their hero son Luchesar.
And today we’ll tell you just about the core of this family — Pavel Kovalenko.

Dance, you can!
Those who were fond of electrodensity knew that in Sochi it was Pavel who became the founder of a school of this dance direction in 2008. His energy combined with friendliness and openness made him the most popular “dance teacher” among teenagers. And try to earn such respect! School «ShaxTeck» overgrown with legends and ceased to exist in 2012. Now Pavel is a certified publik speaking coach.

Since childhood, I studied various works of Greek filosof-orators, read about them, and to some extent I always liked it all. From the very beginning, I even saw myself as a coach not only in oratory, but in general as a universal coach in various types of activities: acting, oratory, speedcubing, dancing. I like to educate people, to transfer my knowledge to them.
Pavel began to help people long before the founding of his dance school. As a child, he purposefully studied chess and became the young CCM in chess, but this did not stop him from developing. Then there was experience in the ambulance service as a paramedic, but Pavel did not finish his studies at the Sochi Medical School. The soul demanded a different direction. Seliger was later. At this international forum, the charismatic Pavel in 2008 gathered large audiences for his performances.

I choose by myself the direction. And I chose oratory. At one time I had certain difficulties with public speaking, and I decided to develop myself in this direction. When I see that I had a growth zone in a certain area, I always come there, into the zone of my discomfort and develope myself there. At the moment, this is becoming less and less, but I am constantly developing and learning something new. I try to always progress.

Give charisma to everyone !?
Today, under the leadership of Pavel Kovalenko, the CharismaSochi project was launched in Sochi, the goal of which is, without a small amount, to make each citizen charismatic. The training “Charismatic orator” in Sochi was attended by 1000 people. Participants give feedback about it “from hand to hand”, and at the end of March the second round of oratory training will take place in Sochi. Maria Kovalenko reveals the secret of the relevance of the training:

One of the qualities that helps Pavel to find the way to the hearts of other people is that he supports them. When a person comes to study, he is already in a difficult situation, and Pavel provides each participant with support as a friend, as a mentor, maybe for someone, even as a parent. He shows by example how to accept your fear and turn it into a plus.
Pavel manages to unite completely different people, instill confidence in them and reveal their deeply hidden talents:

The participants come different, but they have one problem. And I can just solve this problem as a trainer in oratory. That is, I have the knowledge that they come for. It doesn’t matter where the person is from. Both deputies and schoolchildren, students, businessmen, young mothers come to me. It doesn’t matter where the person is from. We are all alike, and sooner or later we will find ourselves in similar situations. I share my experience, which I have lived by myself, with the information that I have analyzed and put into the system, adding my personal chips.